Wheat is sown on a “fused surface”, ie. at a row spacing of 9–15 cm depending on the drills. The optimal agro-technical term is October 1-20. The optimal sowing rate is 500-550 germinating seeds per square meter, and the optimal sowing depth is 3-4 cm. In early sowing of wheat (September 5) the plants in the fall grow too much, produce 6-7 and more brethren, develop a large above-ground mass, often outgrow and then have reduced winter hardiness, significantly damaged by c flies and diseases, from which the yield decreases by an average of 5.7 c / ha. The highest grain loss – 136 kg / dca – is in late sowing dates (October 15), when the yield is on average 500, while in optimal terms it is 700 – 800 kg / dca. At late sowing dates, wheat fails to harvest in autumn, forming less than three or four leaves, fraternization and root system formation occur mainly in spring in conditions of long day and high temperatures, which inhibits growth processes. Therefore, late sown wheat lags behind in growth, has a poorly developed root system, which is usually located in the surface soil layer at a depth of 50 – 70 cm and can not use moisture from the deep layers. As a result, the supply of moisture to plants is poor, they become very unstable to drought and form low grain yields.

Wheat is an extremely demanding crop for fertilization, but with the proper application of nutrients it is rewarded with significantly higher yields and quality. ALFA COATED fertilizers also have quality capsules that can be used without any problems, even with the most modern and precise fertilization technology. Controlled release technology is based on a polymer molecule that surrounds and protects Nitrogen (N), guided solely by the soil temperature, releasing it depending on the needs of the plant.
The minimum temperature of the soil is 10 ° С
The maximum temperature of the soil is 21 ° С
The polymer shell (capsule) has a durability of 2 to 4 months depending on soil temperature. Up to 20 calendar days after pre-sowing fertilization are needed for water to penetrate through the walls of the capsule to the elements inside. At soil temperature above 10ºС the water liquefies Nitrogen (N) and it exits through it in a liquid state. This lasts for three months, following the vegetation of the crop.

Collectively, crop weeds are much more harmful than broadleaf weeds – so it is extremely important to start the control of crop weeds as early as possible after sowing winter crops. The damage from wheat weeds in the absence of control is very significant and greatly reduces yields per decar. The choice of herbicide should take into account the severity and type of weeding and it is most important to control the most harmful weeds that reduce yields the most, namely: wild oats (Avena spp.), Which can inflicted the most significant damage to the yield, reducing it by 25%; ryegrass (Lolium spp.) – damage up to 20% of the yield; foxtail (Alopecurus myosoroides) – damage up to 18% of yield; reed (Phalaris spp.) – at least 15% of the yield. During the growing season, crops are attacked by a number of diseases and pests that have a direct impact on the crop. Wheat and barley diseases are one of the most important factors for grain production and if the control over them is not adequate, the danger of losing tons of production and deteriorating its quality is very high. The most important are the diseases that cause damage to the leaves and stems of cereals during the growing season – powdery mildew, brown rust, yellow rust, septoria (early leaf blight), reticulate spots on barley, under certain conditions – fusarium on class, etc. Yield losses can reach 25-30% for each disease individually and are mainly due to a reduction in the number of classes and seeds. The number of seeds decreases when the last two leaves and the flag leaf are affected. As a result of leaf damage, the seeds remain small, shriveled, low in protein and of poor quality.

Harvesting the wheat is called the harvest. It is carried out with grain harvesters (Combains) during the period from June 15-20 (for the warmest regions of the country) to July 20 (for the coldest). After the harvest, the grain is transported to grain sites, where it is primarily cleaned and stored. Wheat grain is relatively easy to store.

The silo-warehouse base we have allows us to accept and store all types of crops, oilseeds and technical crops under guaranteed optimal conditions. 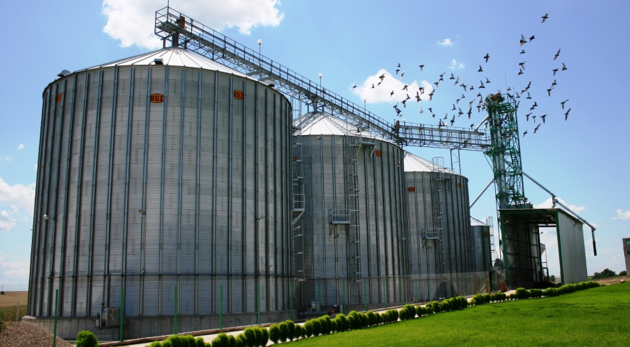 Another method is gaining more and more popularity – storage in large and strong plastic bags. AGRAR – bag is a German company that produces machinery systems and equipment for storage without loss of agricultural products in bags.

Storage of dry or wet products in bags:

AGRAR-bag ex-bag is a machine for fully automated removal or reloading of stored products. It is driven by a tractor by means of a cardan shaft; Hydraulically removable axles; The sack remains completely empty; Productivity – 120 t / h; Required power 80 hp; Max. loading height 4.40 m .; Quick and easy to use; No losses; No breakage and debris; Extraction of the grain through a sweeping auger; The emptied sack is rolled up without leaving any waste; 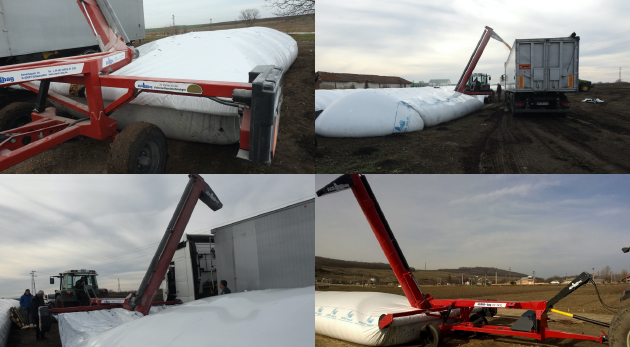 Wheat is a crop with poor self-tolerance, which is why the choice of predecessor is an important element of cultivation technology...

Sunflower is an annual crop. The choice of growing field should be based on the requirements of the sunflower crop to the predecessor...

Corn is a thermophilic plant, whose high temperature requirements are manifested during the sowing period. Germination takes place at a soil temperature of 8-10 ° C...